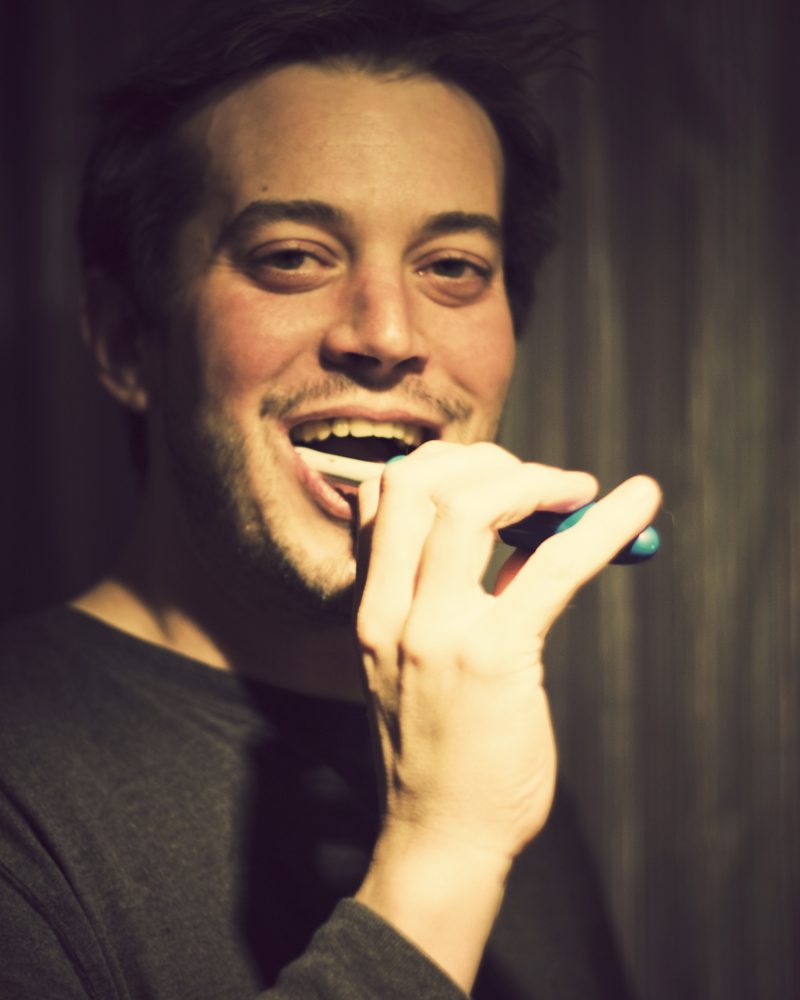 You might’ve heard the big controversy swirling around fluoride these days.

But it’s heating up lately. A lot.

In fact, Natural News just ran a very impassioned op-ed piece about the dangers of fluoridation in water. Calgary recently voted to stop fluoridating its water supply, while nearly simultaneously, parts of England are now fluoridating their water for the first time ever.

I don’t know how you feel about fluoridation, but I’m a little concerned about it. I’m in an extra special situation, because the fluoride levels in Manitou Springs are naturally sky high. They don’t fluoridate artificially here. In fact, they send out letters to expecting parents recommending that children under the age of 9 never ever never drink the water.

It has that much fluoride in it.

And that’s natural, mountain run-off fluoride – not the waste products from the phosphate fertilizer industry in the form of fluorosilicic acid that’s added to most water supplies (and called fluoridation).

While this post is all about homemade toothpaste, I do want to go on record as saying that I don’t ever support mandatory “drugging,” which is how I view fluoridated water.

The scout’s honest truth is, though, I have no idea whether or not artificial fluoridation of water is harmful or helpful, but my gut tells me it’s both.

Which gives this whole controversy all kinds of crazy legs – like a schizophrenic octopus fighting itself with toothbrush-shaped hammers.

That being said, it’s my humble opinion that if we’re going to put fluoride in the water, we don’t need to overdose ourselves with fluoride in the toothpaste. You may disagree. I respect that.

Originally, I had planned on using this opportunity to talk about my very favorite fluoride-free toothpaste: Himalaya Neem and Pomegranate. Instead, I tried making my own.

Over the last few weeks, I’ve tried several different toothpaste recipes. Some of them made me cry giant tears of nausea, they tasted so icky.

Some of them were tooth powders, which included salt. And I thought, y’know, I probably get plenty of salt in my diet already. I don’t need to fill my mouth with it at the end of every day.

(But if you’re not afraid of too much salt, try this tooth powder – I really did enjoy the taste: 1 Tbsp baking soda, 1/2 Tbsp salt, 1/2 tsp ground cloves.)

Ultimately, my very favorite was this doozy I found at Tammy’s Recipes. I fiddled around with the amounts for a while, and eventually ended up with something that put a smile on everyone’s face. Sweet, smooth, and mintally delicious.

Better yet, it’s SO FREAKING HEALTHY!

Seriously – coconut oil? Incredibly heart-healthy and great for your skin. Baking soda? Some people take baking soda daily to balance their pH levels and swear by its effects. The stevia in it isn’t bad for your teeth at all, but you could use xylitol (sold in the sweetener aisles at most health food stores) for extra added tooth decay prevention.

What I love most about it is that there’s nothing I’m putting in my mouth that I don’t know how to pronounce with said mouth. It all makes sense. And it all makes sense … without fluoride.

So, first. Here’s what it looks like while mixing it up:

And here’s my fiddled-with recipe.

Put the coconut oil and baking soda in a bowl and mash up with a fork until blended. Add the peppermint essential oil, stevia and optional vegetable glycerin and continue to mash and stir until you’ve reached toothpaste consistency.

And reach toothpaste consistency, you will. The original recipe (before adding more oil and glycerin) was a little lumpy and TOTALLY doable, but I wanted something that felt like toothpaste, or else the boys wouldn’t touch it.

Adding the extra glycerin gave it a very realistic toothpaste feel, plus it bumps up the sweetness factor a bit, leaving everyone smiling when they’re done polishing the choppers.

Here’s what it looks like, finished and dipped onto a toothbrush:

Well, if by “work,” you mean, “clean your teeth” the answer is: HECK YEAH. It’s minty fresh and super cleansing, and my teeth feel and look sparkly after using it.

One thing to keep in mind: The coconut oil (especially if made without the glycerin) might solidify pretty well if temperatures are nice and cool, but if things get hot, the coconut oil will melt a bit. I put mine in a small wide-mouth jar with a lid, and I just dip my toothbrush in when it’s time to brush.

You could also reuse a toothpaste tube by piping your homemade goodies straight back in.

The big question you might be asking is whether or not coconut oil is actually good for your teeth.

It’s antibacterial, so it’ll kill a fair amount of germs. But the one thing that interested me most in this particular recipe is its close relationship with a little known Ayurveda practice called oil pulling (which I tried, briefly, two years ago and lost patience for).

We won’t get into oil pulling details here right now, but basically the way you do it is, instead of brushing your teeth, you fill your mouth with oil and then slowly pull the oil in and out through your teeth for a long period of time. The claimed benefits include ridding your body of toxins and treating any number of ailments. (You can read a bunch more about it here.)

Now, that’s not to say that using coconut oil is the same as using the oil pulling method. But it’s something.

But, if you don’t want to make your own (and some people don’t, which is OK!), this is my personal favorite because it doesn’t have any of those nasty ingredients and it works really well too!

Want to Talk Toothpaste? Or Fluoride?

You guys are a smart, savvy bunch. I’d really love to hear your opinions on fluoride – in toothpastes or in our water supply.

Tell me what you think.

And tell me how you feel about brushing your teeth with coconut oil.

But totally worth it. 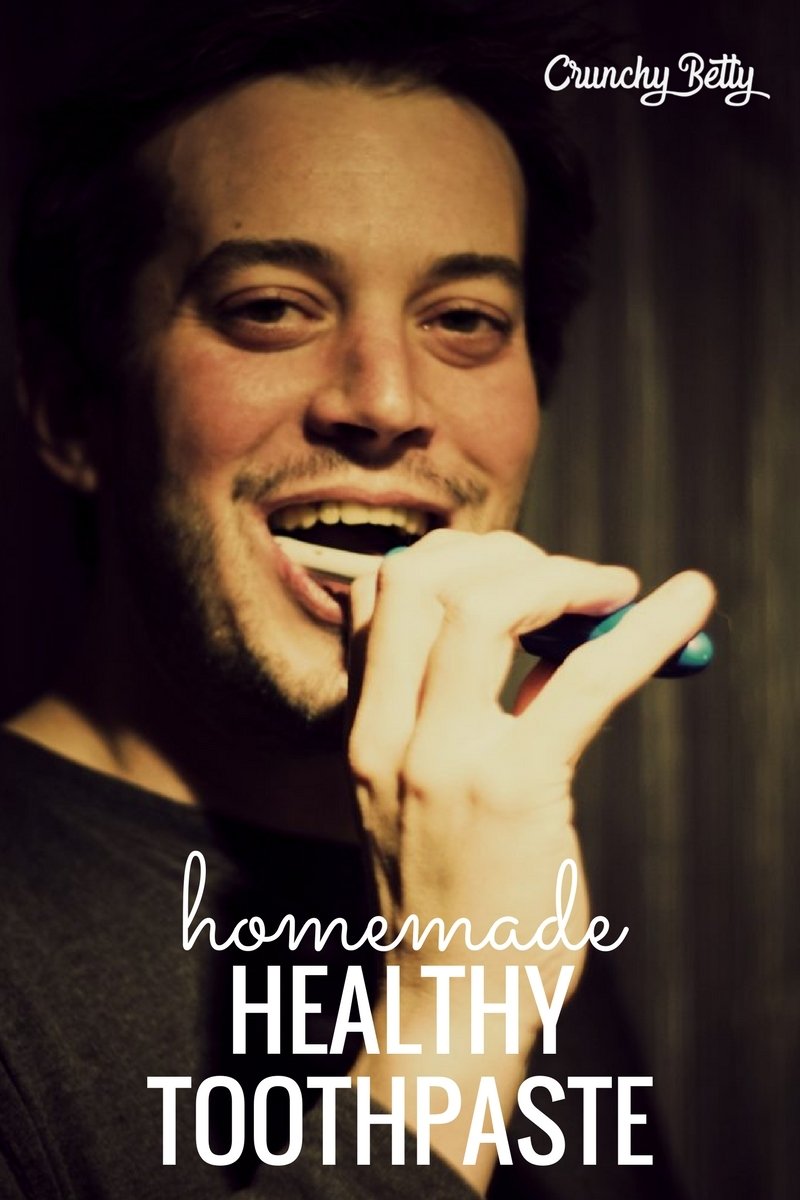