You are here: Crunchy Betty » Blog » Conscious Living » Should We Bother Believing the Experts? 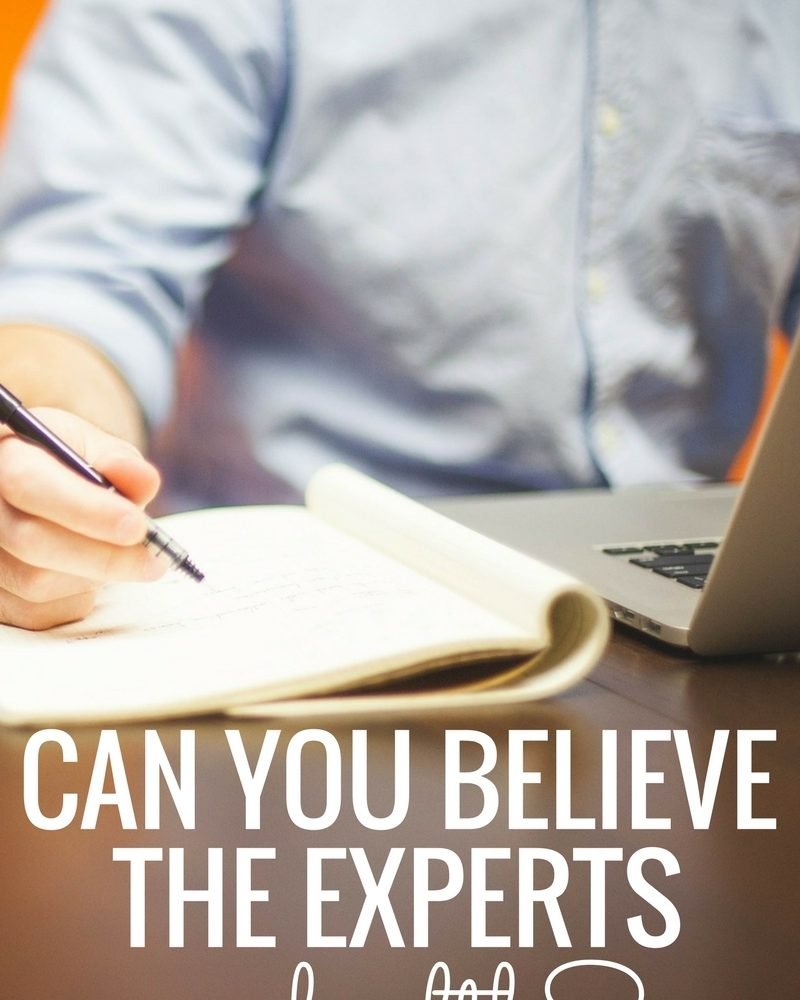 “One In Five Adults Suffering from Mental Illness”

Which of these headlines are you most likely to believe? All of them? None of them? Maybe just the one about antibiotics? (Maybe … me too … kinda.)

I plucked them quickly from the latest health headlines from today – and, man, I’ll tell you what, they’re just a minute sampling of the exciting new breakthroughs of science. Scanning through these amazing claims and definite insights gives you a rush of excitement and then a huge headache and then you’re just straight-up confused.

Reading enough of these, you really, really want to believe and test thoroughly the one that stated: Study Finds Heavy Drinkers Outlive Nondrinkers.

I’ve got to admit: I’m a skeptic. I have been for years – and I’ve started disbelieving the majority of scientific headlines that scream from the rooftops that they’ve confirmed the opposite of what humanity has believed for a long time.

But is that a good thing? Have I been throwing the miracle baby out with the bathwater?

I recently finished reading the book Wrong: Why Experts Keep Failing Us and How to Know When Not to Trust Them by David Freedman.

It blew my crunchy little mind.

The gist is this: The majority of the medical, financial, and society studies highlighted in today’s news is wrong. Slightly wrong to hitting-yourself-in-the-head-with-a-hammer-to-cure-your-headache wrong.

The reasons the experts and scientific studies are wrong come in many different forms: From having to produce an outcome the backing company paid for, to falsifying evidence to keep a grant, to fudging numbers so their study makes headlines. And any number of reasons in between.

But David Freedman makes a very, very convincing case that the majority of scientific studies that we hold up – daily – as the “new truth” is actually just bunk.

It makes me feel much better about being a skeptic, but it also made me rethink the way even I will latch onto a study that reinforces my beliefs.

What Are We Supposed To Believe?

That’s the million-dollar question, isn’t it? If we ran around believing (and I think we do to some degree) every study that’s published, we’d be so discombobulated that we’d change our lives completely every few weeks – just based on scientific “evidence.”

And if the majority of scientific studies are wrong, what good does that serve us – other than being hip and cool enough to latch on to the newest fads to hit the airwaves?

It’s so important to remember that science is funded. And it’s also run by human beings – human beings who are inherently biased and as easily swayed by financial and reputational gain as we are. Where the money goes, so goes scientific findings.

It’s no secret that I lean very heavily toward alternative medicine and natural remedies. This is absolutely a result of my personal jadedness towards the fickleness of science. It’s also deeply rooted in the fact that, throughout the human history, certain things we believed were “right” became very, very wrong with time and inquiry. And certain things have held true throughout time.

Given that, I’d rather keep my wits about me.

I’d rather remember that there’s a heavy bias and extremely arrogant disdain in the “modern” science world against traditional, naturopathic approaches to illness, beauty, and health in general. What the scientists look to prove, they will prove. Even if it’s wrong. Even if they have to skew results or ignore outcomes.

The money’s just not in it. And where the money goes, so goes scientific findings.

That’s NOT to say I think science isn’t right sometimes. Or that we should ditch science and replace it with 16th century beliefs.

I’m just saying that until science isn’t driven by money or reputation (and when’s that going to happen?), we shouldn’t always take it as absolute truth.

Instead, maybe we should use some …

Common Sense, The Case For

If ANYTHING, this book by David Freedman drove the point home that common sense is sorely lacking – in science and in our reaction to its declarations.

So this is what I offer: As much as we really, really want to believe the latest headline that promises a new drug will thicken our eyelashes or cure us of high cholesterol (which, interestingly, many studies have shown that high cholesterol is nothing to be worried about … but cholesterol-lowering drugs are one of the biggest money makers for drug companies. Surprise!), maybe we should step back and look at our lives first.

What has served us well thus far, that doesn’t involve buying something new, or buying into something new? What makes us feel happy? What beliefs give us peace?

The less we buy into new exciting claims – and buy products BECAUSE of them – the less we contribute to this cycle of wrongness. When we use our wits and our common sense, we make a case for real, simple living. And the more we do that, the more the world will change in accordance. Less money will be funneled into scientific studies that try to prove pharmaceuticals are the answer to all our woes. Less money will go toward financial advisers who are – historically – always wrong.

And more money will go toward advancing things that are rooted in thoughtful, conscientious advancement.

When we clear out all these superfluous beliefs that something’s “wrong” with our life because we haven’t been taking “this” drug, or exercising “this” way, or believing “these” things – aren’t we pretty happy?

I mean, c’mon: We’re all going to die sometime.

We are. No matter what we do. We’re going to die.

No scientific study is going to change that.

And isn’t this what this is all about? A race to not die? Or, at least, not die in some murky far-off future that’s going to be riddled with all kinds of awful things if we don’t take a pill beforehand?

When we get back to common sense, when we start living more simply, more close to nature, we’re happier.

And I seem to remember a study recently that stated happy people live longer.

Okay. THAT one, I can kinda believe.

I know I’ve been remiss in responding to comments the last few days – and it’s made me feel very, very disconnected.

I chose to post this today, because I’d like to have a real conversation with you guys about science and whether or not you think it’s dangerous to dismiss scientific findings when they’re touted as groundbreaking and sensational.

I’d really like to know if you think that science does more to help us than hurt us these days, or if you think it’s sending us on a frantic goose chase for the newest and best way to live.

Do you believe scientific findings?

Do you have a way of discerning the truth from the hokum? 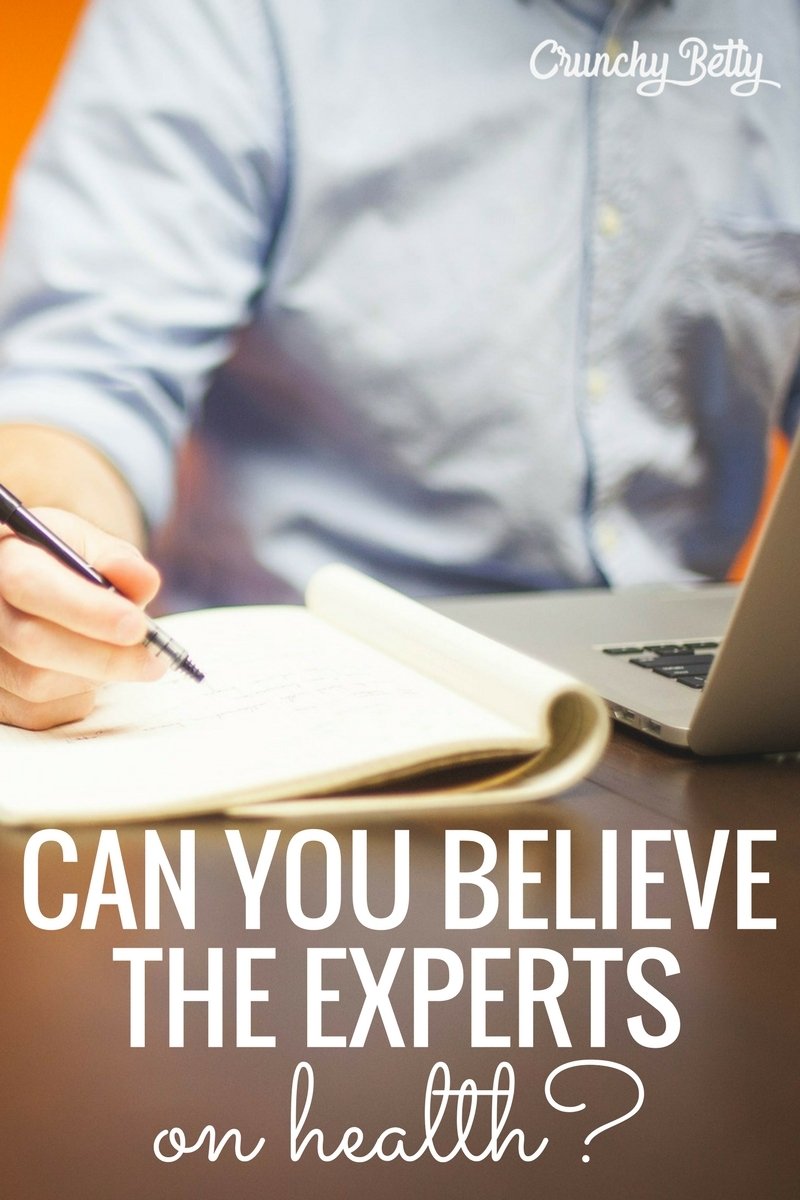