You guys know how when you’re late with your tax return, you get fined, right?

And you know how if you never, ever do taxes, you get thrown in jail?

Well, if the government required us to clean our ovens once a year, too, I wouldn’t just owe fees. I’d be in prison. For life.

I’m 36 years old. Would you like to know how many times I’ve cleaned an oven? Never.

One of the main reasons is that before I became the crunchy mess I am today, I thought there was no other way to clean an oven but with chemical-laden, noxious, toxic store-bought oven cleaner. And the thought of filling the place I cooked with chemicals like that just grossed me out. More than a slightly smoky oven, apparently.

In my life I’ve been guilty of the following:

These are my sins. Judge me lightly, please.

I can’t get out of it this time, though. How crunchy would that be? Seeings as I’m in my final throes of moving/cleaning agony, I tackled the oven today using a slightly modified version of recipe #3 from Tipnut.com.

Just to be clear, before I tell you what and how I did it, there are a lot of things going against me at the moment. First, I’ve never cleaned an oven before. Secondly, this oven wasn’t sparkling clean when we moved in. Third, it’s exponentially dirtier now than it was two years ago. And lastly, the racks won’t pull out.

Explain this to me. Why won’t my racks pull out? They’ve been stuck since I moved in, and I’ve pulled and pulled several times, lifting and jamming and tilting and smushing. But they won’t pull out.

Look, and tell me if you can figure out what law of physics I need to break to get them out:

There are those little grooves, but they don’t dip in and under them. They just get stuck and won’t move.

So, anyway. Racks are still in there, and I have to clean around, under, and over them. No biggie.

When you’re going to clean your oven, and you have a half-inch layer of charred junk on the bottom, it’s best to take a look, first, at what you’re dealing with.

I grabbed a flashlight and went in (with a rope tied around my waist and to the cabinet behind me, so I didn’t get lost).

This is a no-no, using a paint scraper on your oven, but with a thick layer of burned stuff, I felt safe using one to lift up the pepperoni. I can assure you, no oven bottoms were harmed in the making of this picture.

After the pepperoni was retrieved and given proper burial in a trash bag, I put together my cleaning solution.

Because I forgot to put baking soda in the first picture of the post, it’s making a special picturesque cameo. It’s the star.

Gaze at it adoringly:

So, again, after you’ve combined everything (except the baking soda) together in your spray bottle, you go to town, spraying and spraying.

And marveling at the way the liquid turns black as soon as it touches the bottom of your oven.

Eventually, you look at the oven door and realize it’s a streaky mess, too, so you spray it on your oven door (and leave it open all night, too).

The oven in my old apartment is standing open, full of baking soda, borax, dish soap, and vinegar.

Here is what it looks like at the moment:

Will this be the successful experience of a lifetime?

Or will I lose everything and have to buy my landlord a new oven?

I’ll be posting an update on whether or not this worked, as well as the lucky winner of the Eco-Dent and Beauty Without Cruelty Pretty Mouth Giveaway.

You still have time to enter! (Depending on when you read this …) The entry time is over at 10:00 p.m. MST Wednesday, April 6th. So HURRY!

How often do you clean your oven?

Have you found a crunchy way to do it?

Lemme know your secrets. Especially if this doesn’t work. I’m straight-up stressing out at the moment. 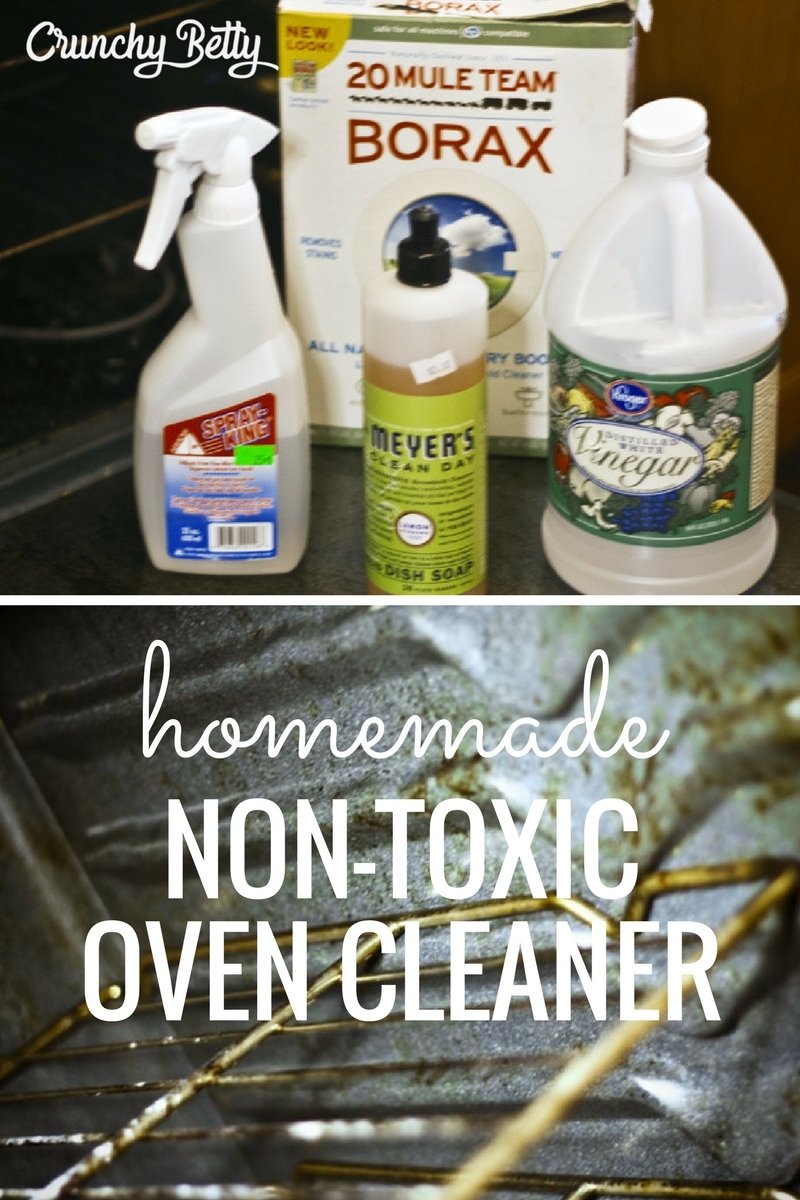 Previous Post:Change. The rest is cake
Next Post:The Pretty Mouth Winner(s)! And What’s Up With My Oven?