You are here: Crunchy Betty » Blog » DIY Beauty » Community Question: Where Do You Draw the Line at Natural?

Community Question: Where Do You Draw the Line at Natural?

Saddle up, cowboys and cowgirls.

I’m about to swiftly bonk you over the head with some information, and then you’re going to provide your input, thoughts, and opinions on the matter. It’ll be quick, but it might not be wholly painless. It depends on how you look at it.

Isn’t that true of all of life, though? How you look at it determines what you get out of it.

While I do some bonking, keep today’s Community Question in mind:

Where Do YOU Draw the Line at Natural?

Deciding where you’re going to put your foot down – with the products you use both on your skin and in your household – is a step you’re going to take sooner or later, as you delve further into living more naturally. Many of you already have a firmly-planted foot.

My line is drawn, my foot is down, when it comes to things like synthetic fragrances, preservatives like pthalates or synthetic parabens, pretty much anything that’s a petroleum byproduct. 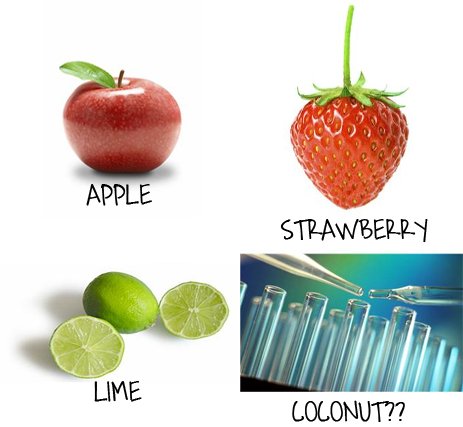 Everything on the other side of that tends to be a little murky, and it depends on my mood, my energy level, or my trust in “green chemicals” on any given day. I’m skeptical about anything that doesn’t have a botanical name attached to it in a product. I’m skeptical, but open to learning more.

This is supposed to be a big however.

Let me make it bigger.

Just because something comes from a plant doesn’t make it pure or, depending on how you answer today’s Community Question, even natural.

Let me give you some really important examples (cover your heads; this is where I’m bonking you):

Those are just a few examples in the mucky waters of what can be considered “natural” or not. There are many others, including just about every non-botanical ingredient you’ll find on the back of your “natural” personal care products.

This seems dire, so let me share some good news.

Everything listed above is, as of now, a great deal safer in terms of its potential issues as carcinogens or hormone disruptors. Most of it is under-studied, though. Many so-called green chemicals are approved and pumped out into the market without any scientific knowledge of the long-term effects.

But, then again, so are almost all plant products. Most plant products don’t have a lot of scientific studies behind them; we often only have historical successes to base our judgments on. “Green” chemicals, though, do not have that latter luxury.

We all know that not all plants are safe (poison ivy, anyone?) and not all lab-born chemicals are deathly toxic. But I think it’s an important step to determine the difference, for yourself, between what is actually natural and this new, quizzical definition manufacturers are utilizing these days.

I will not be giving up my distilled vinegar (made from corn), even though I HATE that it’s made from corn that started as GMO. I don’t avoid grapefruit seed extract like I do synthetic parabens and phalates, but I am cautious about it. You won’t catch me within six feet of xylitol, because it kills my stomach and it doesn’t trump stevia in any way, shape, or form in any area. And cocamidopropyl betaine? It’s probably less questionable and potentially contaminated than sodium lauryl and sodium laureth sulfates, at least. That’s the only good thing I can say about it.

People like the FDA, the USDA, and the manufacturers get to determine what’s printed on the label as “natural” or “organic.” But we here in our homes get to decide what WE determine is natural. Where we’ll draw the line. (And it starts with being informed, so we’re well on our way!)

Do you consider the items on the list above as “natural” ingredients? Are products created from excessive chemical extraction and reaction something you consciously and specifically avoid?

Do you have any ingredients that you DO avoid like the plague? Are they “natural” or not?

(High-fructose corn syrup is really coming to mind right now. Is IT “natural”?)

Where do YOU draw the line at natural?

YOUR Simply Thoughtful Steps to Change Your Life and the World
Next Post:Lusty Maca Root Powder: What You Should Know