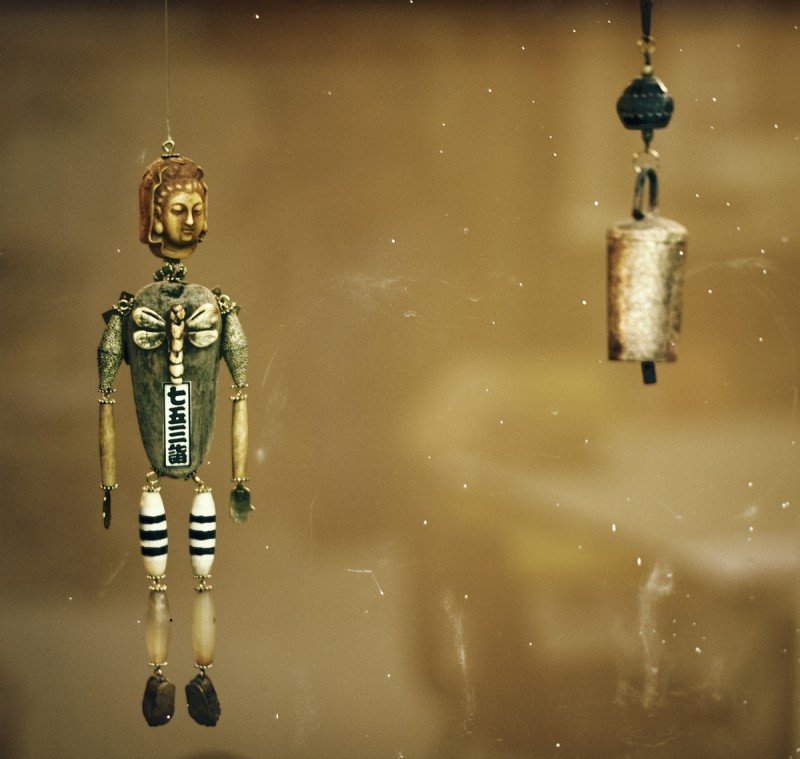 “What has been will be again, what has been done will be done again; there is nothing new under the sun.” – Ecclesiastes 1:9 (NIV)

There was this girl, right? She made an effort to dislike things that “everyone else” liked. Music in the top 10? Ugh. Fashion trends? Boooring. Oprah’s Bookclub? Ohmigod you’vegottobekiddingme gag. It wasn’t so much that she worked to be different – it was just that she dismissed anything that was popular.

And sometimes … sometimes secretly she liked a Beyonce song, or a cutout dress, and occasionally she’d sneak furitive reads from passages of Toni Morrison’s books at Barnes and Noble. But inevitably, regardless of the fact that she might have been slightly intrigued, she’d toss everything aside and run to the local thrift shop or used bookstore, or she’d just hide out in her house and tell herself that popular opinion was trite and ignorant and boring, never – not even once – questioning what her personal opinion was. Because her personal opinion was, by default, the opposite of everyone else’s.

On inspection, she believed it was because she wanted to be original. Originality was always the unreachable goal.

And then one day, being that girl, I figured out why. I wasn’t seeking my original opinions about anything – I was just assuming my originality would be found in dismissing everything anyone has ever liked or done before.

I stopped doing things out of fear of repetition, or, even worse, unintentional plagiarism.

Finally, moments of conversations from years ago started sneaking into my brain, and I figured out that I was confused. I’d grown up hearing “Don’t be like everyone else,” only to be reminded sharply, when I began feeling exceptional, that I was “not special, so stop thinking you’re different from everyone else.”

So how do learn to be original? Do original things? But still be IN society, appreciate it, and learn from it? How do you stop being afraid of being like everyone else, and start learning that, in your own very unique ways, you are like everyone else?

You take something someone else did, and you do it your way. Authentically. With heart. You own it – make it yours. Maybe you improve something, or add to something, but someone else’s something is always going to come first. And you remember, there’s nothing new under the sun. Ever. Not even the transparent toaster (which I would love … coughhintcough).

So, in celebration of originality, I’m giving the recipe anyone who’s ever tried frugal, simple, natural, or simply curious living has tried. Homemade laundry detergent. The recipe is identical to every other site’s on the ‘net. But I use it – always – and I have, henceforth, made it mine.

The best way to make this detergent is to remember the 2:1:1 ratio. When I grate a bar of Zote, I inevitably come up with somewhere between5 and 6 cups – so I just add enough of the borax and washing soda to complete the 2:1:1 ratio (so it ends up being just about 6 cups Zote, 3 cups each of the other two).

Also, I recommend using a hand grater for the soap. I tried using my food processor’s grating plate, and ended up with a gooey mess that took forever to get off. Don’t put a gooey soap-coated grater, by the way, into your dishwasher, or you might end up with a suds-covered kitchen floor.

So, basically, first you grate the soap.

The soap likes to stick to you, to the surface you’re grating on, and to important papers like your car insurance cards that your fiance forgot to put into the car even though you reminded him, like, eight thousand times.

Just be ready to wipe a lot of things off. Except the insurance cards. Print new ones off from your online account.

Zote is going to be particularly fragrant, and pink, but neither of those things will affect the washing of laundry. Once laundry is done, I smell nothing on the clothes. Nothing but pure and clean.

For the record, I find and stock up on Zote soap every time I make my thrice-yearly trip to Big Lots. I’ve seen Fels Naptha in a King Soopers once. And you know Ivory – it’s everywhere. And just as effective as the first two options. I just choose Zote, because it’s not as “commercial,” and it’s historically used for laundry.

Next, you want to add in the washing soda and borax carefully. If you go too fast, you’ll end up with powder in your nose. Then you will sneeze. A lot.

Also, I don’t recommend taking pictures of pouring these things into your container – especially while standing in a window that happens to be over your desktop keyboard.

While trying to get the right shot, you’ll misjudge the distance of your hand to the box. And then you have to get a new keyboard.

I get both of these things from either King Sooper, or, when I haven’t waited until the box is completely empty and have time to spare for shipping, I will (for much less money), get them from Alice.com.

So add these things into your box of laundry magic and stir really well. Really well. You might want to use your hands to help distribute everything, and to crush your grated soap into even smaller pieces. I’ve noticed that doing it this way is much easier and more time-efficient than worrying for 20 minutes whether your grated soap is small enough to disintegrate in the washing machine.

So after you’ve stirred, the concoction is going to look like this. The soap (if you’re using Zote), will be much less pink with hopefully smaller “grates.”

Now all you have to do is wash your clothes with it. I stuck an old measuring cup from regular laundry detergent into my box, and I typically use anywhere from an eighth to a quarter of a cup with each load, depending on how dirty the laundry is – or how many pairs of yoga pants I’ve stuffed the washing machine full with.

Interestingly, I read an article recently on Yahoo that stated that, technically, laundry detergent is a ginormous rip-off and wholly unnecessary. Maybe one of these days I’ll try not using any detergent at all – but this article did give me reason to believe that we can all cut down on the amount of detergent we use, whether it’s homemade or (gasp) store-bought.

I’d also like to point out that many recipes online are for liquid laundry detergent. I am too lazy for all that work. And the description of what this liquid detergent turns out looking like is slightly horrifying.

Dry detergent works just fine for me. Only once have I had a problem with the detergent not dissolving completely, and that was a time where I had packed the washing machine too full, had used WAY more than I needed to of detergent, and I’d put a very nappy sweater in there. It was the only thing in there that borax was clinging desperately to.

Here’s a picture of my new laundry detergent box – made specifically for this post. Before, I had been using an old shoebox to house my detergent, and while effective, it wasn’t really all that aesthetically pleasing.

I papered the lid of a black photo box, and then (with clear precision) glued on the word “laundry” with the same paper. The flower isn’t real. It’s a paper flower. I know you were wondering.

So here’s where I need help:

I do not put any fragrance in my detergent. I’ve tried lemon and lavender essential oils in the detergent, but the scent never stays.

While I do appreciate the purity of laundry having no smell whatsoever after being washed, sometimes I want that teddy-bear-jumping-on-towels-and-bouncing-up-flowers-ness to my laundry. But it all has to be natural. No chemicals. Any ideas how to get that?

Does anyone have any suggestions? Is there a way you do your laundry, naturally, that wasn’t touched on here? Any comments? Suggestions? “Original” ideas?