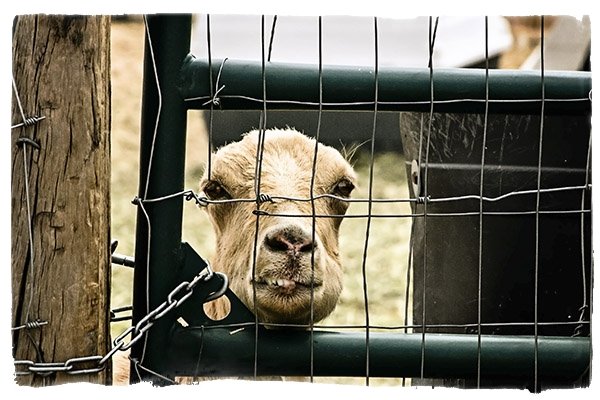 Quick. Think fast. What does Priceline, partially digested foam rubber, a goat’s beard, 8001 boxes, sore knees, and an industrial-size bottle of vinegar have in common?

That is what they all have in common. Me, over the last week and a half.

You know how some blogs do Wordless Wednesday? Well, here’s my Thoughtless Thursday, because frankly, my dears, if there’s a brain left in my head after the last week and a half, I don’t know about it.

Now I just have to:

I can do this.

In fact, later today I’ll be writing the presentation for Boston, which should include why Crunchy Betty exists, why I exist, where we’re all going, and how we’re going to take over the world. If my thoughts are coherent, I will post an excerpt of this presentation tomorrow morning. It seems like something you might want to know.

Here, though, for your viewing pleasure, are a few pictures that capture the essence of the last 10 days of my life:

Later, that same chicken tried to eat my soul.

The previous photos were taken at my dear friend Diana’s farm (Lil’ Bit Farms), and I’ll share more about that trip soon. She’s graciously shared her favorite salve recipe, and I’ll be making some and posting the results of that next week (fingers crossed!). 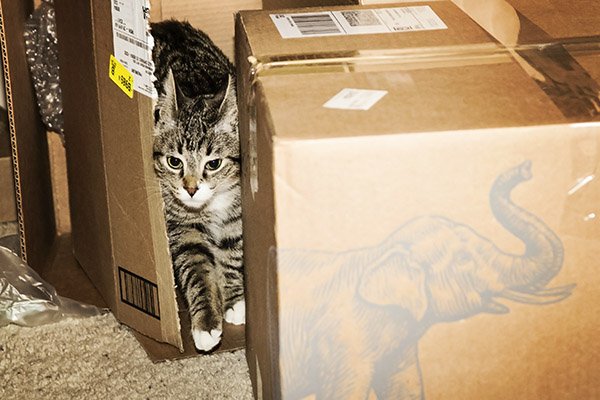 That was Ju-Ni playing in the 8001 boxes before they were packed.

And before she found some errant foam rubber and decided it was food. 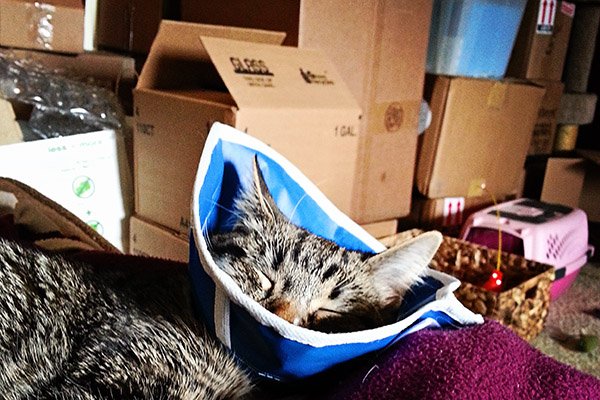 This is what a cat looks like after eating foam rubber. She has a 5-inch incision in her stomach now. Poor girl.

(She still looks like this. I’m calling her Co-Ni now instead of Ju-Ni. Get it? Co-Ni? Cone? Coney? Hahahahaha. I’m hilarious.) 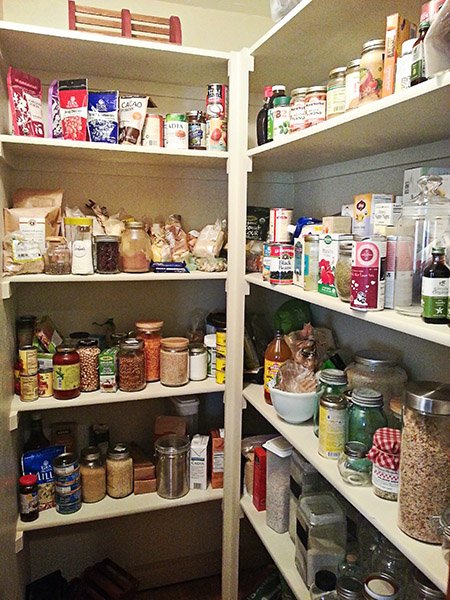 This is the “before” picture of my new pantry. It’s a mess. Soon, I will channel my inner Martha and turn this into an oasis of foodstuffs (and I’ll share more before and after pictures).

If anyone has Inner Martha’s phone number, could you pass it along? I seem to have lost it over the last, oh, 38 years. I have the feeling this is going to be a very long distance telephone call. 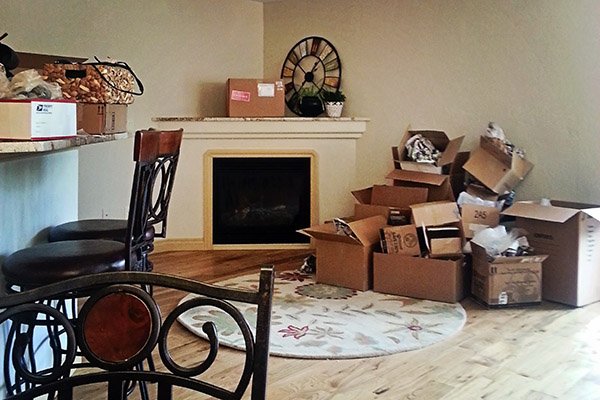 For a minute, I considered keeping it all as a postmodern industrial box and newspaper interior design theme.

Skip wasn’t pleased. So, he did this: 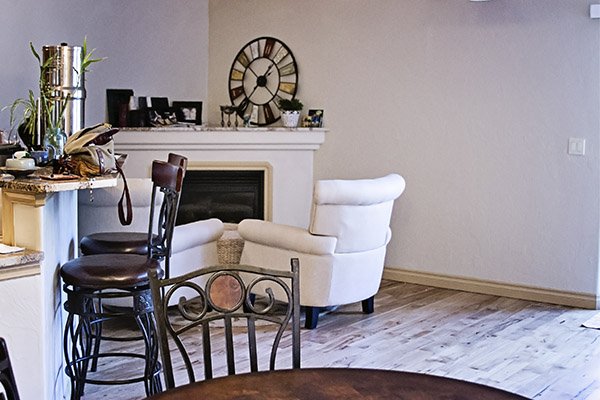 It’s all still a work in progress, but we’re getting there.

Lest you think I was complaining above about all I’ve done and all I have yet to do, I was.

See, the truth is, in every single thing I listed above, I have about a thousand things to be grateful for in there. For instance:

And that is my Thoughtful Thursday.

By the way, if you follow me on Instagram, you’ve probably already seen most of these pictures. Sorry for the repeat. (If you don’t, you should, because that’s where I’m going to chronicle my trip to Boston.)

See you tomorrow morning with Deep Thoughts About Crunchy Betty (which will need some audience participation, btw!). And then later … in Boston!