You are here: Crunchy Betty » Blog » Conscious Living » The Weekend Existential Crisis: Why Are We Doing This? 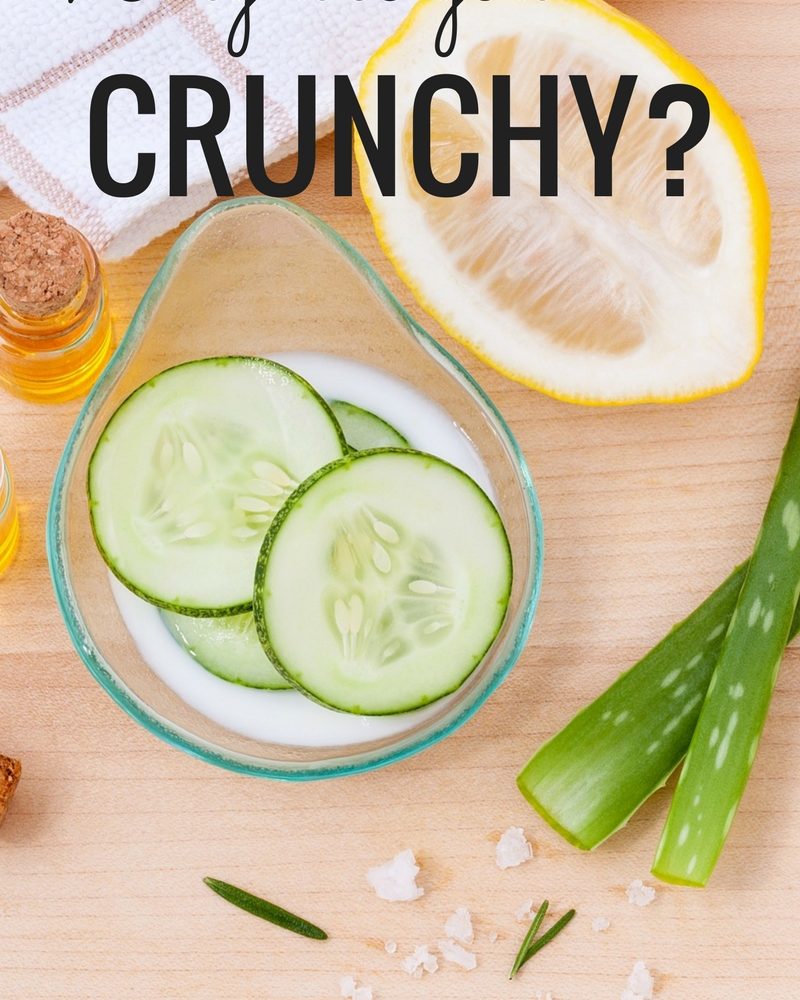 The existential crisis rears its head every once in a while.

The one where I get really lost in wondering why we’re doing what we’re doing. What’s the point of being crunchy? Are we looking backward instead of forward? Is this impeding “progress?”

The answer to the latter question, on many levels, is “yes.” Yes, what we’re doing is impeding progress, in the way progress is currently defined. What we need – or what I need maybe – is a redefinition of “progress.”

Tell me if I’m wrong, but for the last fifty decades (or more), the concept of progress was intimately tied to wealth, leisure, and a thorough extrication of human beings from the processes that keep them healthy and alive.

Succeeding in life is making money eight or more hours a day via technology or manufacturing in order to buy the things that other people make that keep us living (and thriving, if your definition of thriving is buying more things). Any spare time is spent playing video games, driving our kids to practices and games, going out drinking, watching television, and shopping for sport. Progress is developing new technology and chemical compounds and pharmaceuticals that make our deeper existence easier to ignore.

Want dinner? Pop this box in the microwave. Want to connect with a friend? Like their status or send them a tweet. Have a stomachache because you’ve eaten too much microwaved pasta dinner? Here. Pill. Don’t think. Don’t involve yourself. Just do this, because it’s easier. And easier means progress.

So clearly this definition of progress has stopped working for many people. You can see it in the economy, in the protests around the world, and in so many people’s disconnect from their true abilities, intentions, and deeper satisfaction with their lives.

And that’s why we need a new definition of progress. Maybe, really, what we all need is our own individual definitions, instead of subscribing to the definitions that others (with more money to invest in advertising and marketing) give us.

What Is Up With This Distaste For Progress?

When you look at all of the science behind the last 100 years, it’s hard to not call it progress. We developed plastics, which have unarguably made our lives easier. We invented vaccines and pharmaceuticals to treat symptoms – if not occasionally the disease itself. We found ways to keep our foods stay edible for years after they normally would. We provided cars to nearly every person in the country – cars that could take us faster and further than we could ever go before.

I mean, isn’t it? By our current definition?

Then why is there such a push back right now – such a distaste for plastics and vaccines and preservatives and oil? (And a million other things that we would have defined as “progress” just 20 years ago?)

Are we just being petulant when we refuse to buy the spoils of science?

So why are we doing this?

There’s a bigger reason behind “staying away from harmful chemicals” or “not polluting the planet.” Not that those reasons aren’t absolutely valid, but I think there are deeper things at the crux of it.

For me, it’s about connection.

I’m falling in love with connecting to the things I do and make, and it’s incredible. It’s like being a kid again. The wonderment and amazement I feel when I put together a few things and create something I can use and love is overwhelming. (You should’ve seen me yesterday when I made my own butter. You’d’ve thought I’d just invented the first working jetpack.)

How did that happen? Because, dang it all if I’m not learning, every day, that it’s actually infinitely more enjoyable to take an hour of my day to bake bread or make lotion or clean my house with my very own homemade cleaning supplies. The less I buy, and the more I make, the more powerful I feel in my own domain. The less I’m inclined to look at myself as a victim of some outside system.

But getting to the place where you see “creating” as something other than “time-consuming” and “a hassle” is a huge leap. It takes this giant shift away from everything we’ve been taught for so long. It’s something that has to happen inside, and it’s something that you can’t make another person feel.

And without question, I have benefited and continue to do so through advancements in technology and science. Certainly, just because there are bad apples in a barrel doesn’t mean I won’t touch any apple at all. It’s just a constant decision-making process: “Is this thing going to enrich my life? Does it harm me or anyone else? Am I prepared to take responsibility if it does?”

So, my existential crisis weekend questions for you guys (feel free to answer one or all):

The honest truth is, through writing this, I just worked out a million kinks in the arguments I was having in my head – but I’m posting it anyway, because I’d love to hear your thoughts on this.

I figure if I’m going to have an existential crisis, someone somewhere should at least benefit from it – somehow.